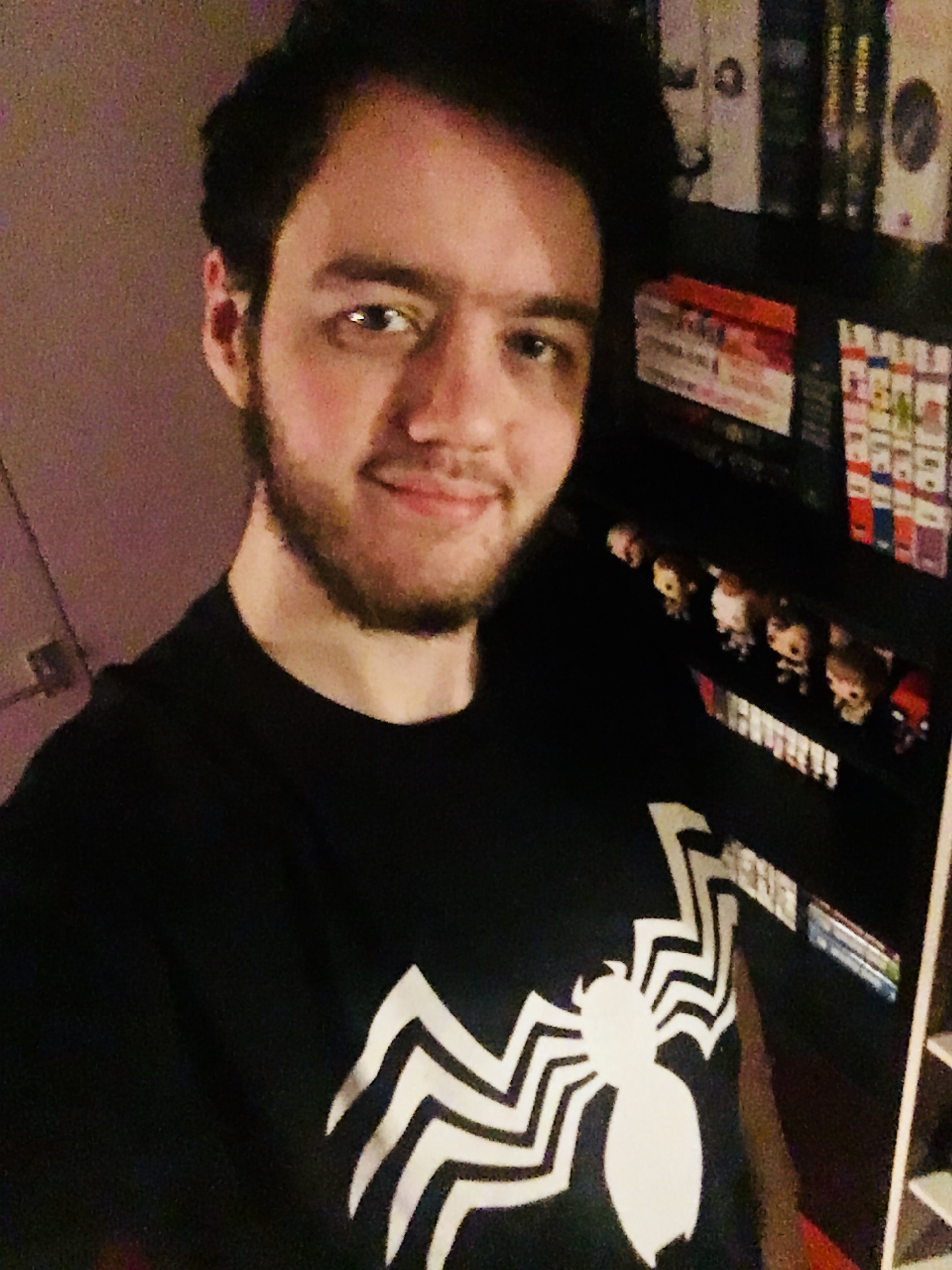 To start at the beginning. I was fourteen when I was diagnosed. I hadn’t been feeling well for a while – it could’ve been months, maybe the better part of a year.

I remember I was at home and it was coming up to the summer holidays. I had missed a lot of school that year, not long sustained periods of absences but very much scattered periods. Of course, I didn’t mind too much as it meant I didn’t have to go to school. Then something disturbing happened.

For a few days I was really sick and lethargic. I felt dirty because I was too weak and tired to wash. My arms which were usually well defined now looked like they belonged to someone much skinnier. I was in the bathroom. I remember my mum and her partner were watching a Robert De Niro film downstairs. I was over the toilet retching. I couldn’t stop. It was very painful as I could feel my stomach lurching. My throat was sore and raw from the effort. In my desperation I did what all boys do when they have nowhere else to turn. I called for mummy.

We went to the out of hours doctors and he was astonished. He said I should have been admitted to hospital weeks before. Then I was taken into hospital. It was a scary experience. I remember very well the fear of not knowing what was wrong and assuming it would be a big fuss over nothing. However, it wasn’t. I had Autoimmune Hepatitis which had badly damaged my liver. The immediate feeling you get when told you have to have a transplant is disbelief. Even though I was young, I remember that moment well. My mother and my two grannies where crying. The whole world seemed to be silent as if someone had pressed the mute button on all my senses. I thought about everything I had ever planned to do or wanted to see and even though no one ever said it outright to me when I was still just fourteen, I knew this meant I could die and the future might not happen.

So, the weeks and months rolled on and if I’m honest I got the best news imaginable from a teenage boy’s perspective, no more school. Back then I didn’t quite grasp the gravity of my illness. I felt myself getting bigger due to the medication I was on and I didn’t like it. I felt fat and ugly. I used to wear my hair long because it covered how chubby my cheeks had become. I would wear an oversized hoodie even in a heatwave to avoid having people see me in a t-shirt. I felt slow and fat compared to other people my age. Slowly I began losing friends Though people don’t like to admit it, they get sick of you being sick. They want it to be over because I believe they may subconsciously resent the fact that their biggest problem doesn’t begin to compare with yours. For more than a few years I felt like a ghost frozen in time – wandering but never seen by the outside world.

Over months, then years, my body went downhill. Every day I felt a little worse. Before long I was a stranger even to myself. It went from being in hospital a couple of times a year to being home for a couple of times a year. If I’m being completely honest, I don’t really remember those days. It was a very dark time. Imagine being caught in emotional quicksand. Each time you think your feet have found a bottom, it only it gets deeper and deeper. I had lost all my appetite and was barely eating. I slept all day and was up all night yet still exhausted. I had nearly forgotten what it was like to smile or laugh or have any fun.

The day finally came when I was prioritised. The phone rang. I answered. The caller told me there was a match for my liver and it was my turn. Accepting an organ transplant is not easy. You feel somewhat guilty because someone has to die for you to live. I still feel a little guilty about how excited I was when I got the phone call; for someone else’s family it was not a happy occasion. However, in comparison with this every phone call you’ve ever had is just a phone call. I waited every day for seven years for it. I prayed for it.  I even hated myself at times for wanting it because I knew it meant somebody else who had never done me any harm had died. My life had a sign on the door which said NOT IN USE AT THE MOMENT. When I got that call, the sign was removed.

For days, weeks and months as I recuperated, I regained my strength and I loved each moment. I still had more to learn after the transplant and it wasn’t always sunshine and roses but I knew nothing in life held any more terror for me. I’m grateful I know who I am. I don’t think many people of my age really know who they are inside and out. They don’t get that time to meditate alone by themselves and spend that solitary time with their thoughts and battle through the bad ones.

Now my life is great. My transplant has given me a quality of life I can’t believe. I have my activities that keep me going. Not all are exciting or even strenuous but I can enjoy them without the constant feeling of sickness hanging over my head like a black thunder cloud. I have plans for my life – things I want to see and places I want to go like Akihabara in Japan. Life is no longer ahead of me – it’s happening now. I love getting up in the morning (provided it’s not too early!) and feeling like today’s a good day.