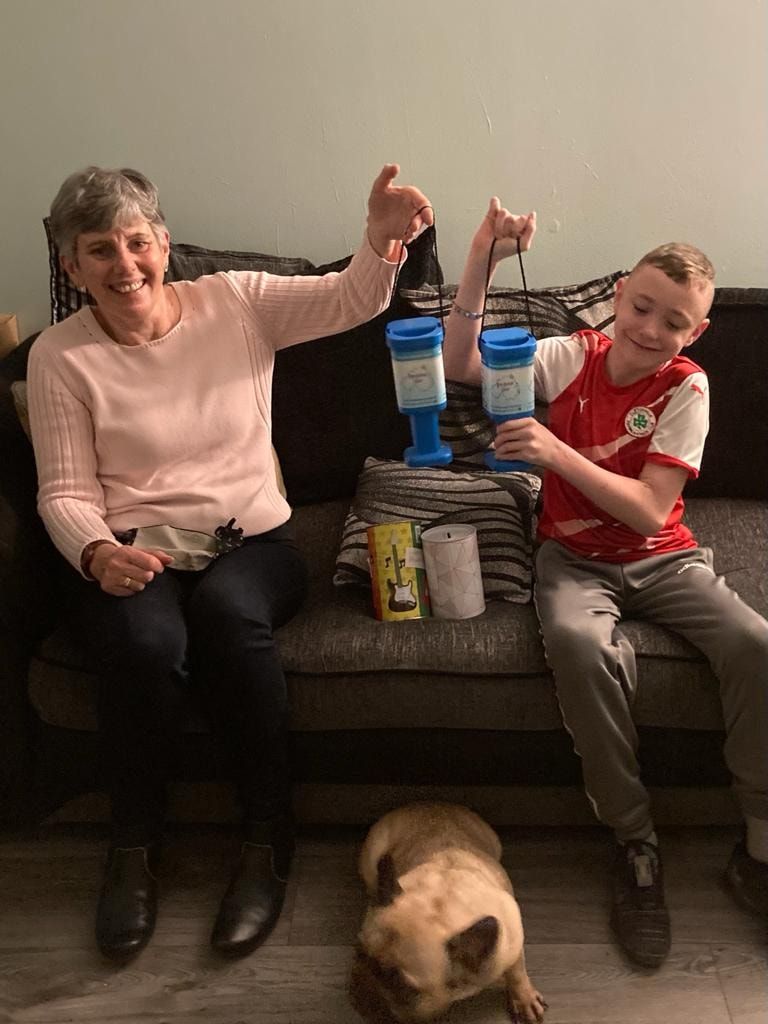 A KIND-HEARTED West Belfast boy, who suffers from a debilitating liver condition, has donated £367.62 of his own pocket money to the RVH Liver Support Group.

11-year-old Thomas Morrison lives with portal hypertension and portal vein thrombosis, which restrict the blood supply to his liver and causes his spleen to enlarge.

The Holy Trinity Primary School pupil had diligently saved his pocket money, putting all of his pennies and pounds into collection tins, which he donated to the charity on Saturday.

Thomas’ condition means that he must go for regular checkups and appointments at the Royal Victoria Hospital, and often has to travel to England for treatment.

The generous Glen Road boy said of his donation: “The liver foundation helped me, so I thought I might as well help them.”

He added that he is “going to start saving again”, insisting he will give more money to charity.

Due to his enlarged spleen Thomas is restricted in the activities he can take part in, and is unable to play contact sports. But as well as being a conscientious saver, he is also an avid fan of Cliftonville Football Club. To top-off a memorable week, he had a personal visit from team talisman, Joe ‘The Goal’ Gormley.

Thomas’ mum, Annemarie McGreevy, said that despite her son’s condition, she has “never seen a happier child”.

“He just takes everything in his stride,” she said.

“Thomas, from he was no age, couldn’t have come out of a shop without putting something in the charity box. He was never a child for running into shops or buying sweets. He would always put his money into the tins.

“Thomas wanted to help with the Liver Support Group because of all they’ve done for us, which I thought was amazing for all the age of him.”

She said he was “delighted” with the total he raised for charity, adding that it “gives him such a confidence boost”.

“The Liver Support Group do so much for us, so it’s so important for us to give back – I couldn’t be prouder of him,” she enthused.

“He just always wants to help other people. He’s such a thoughtful wee man.”