Cara and Amy at the transplant games dinner. 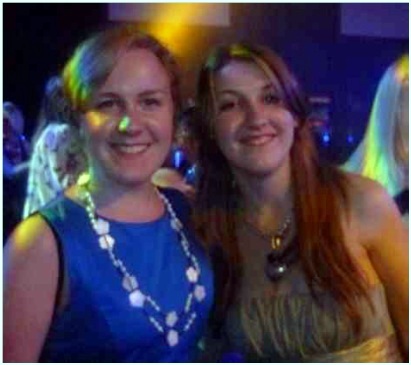